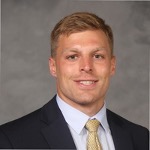 The Boy Scouts of America (“BSA”) is a non-profit organization[1] that provides youth character and leadership development.[2] The BSA began in 1910, and more than 130 million men and women have participated in the program.[3] To be an eligible member, men or women must be at least ten years old but have not reached eighteen years of age.[4] Although the organization was built on character and leadership, the BSA has not been shy to controversy in recent years.

In 2010, plaintiff Kerry Lewis alleged that he was sexually abused by his Scout Leader while in the BSA.[10] Plaintiff brought his suit for emotional and psychological injuries against the BSA for failing to warn about their known, institutional child abuse.[11] As a result, a jury found the BSA liable for $18.5 million in punitive damages.[12] This was not the only sexual abuse case, but what was key was the injury award was monumental and opened the door for more former scouts to seek justice.

An estimate of the total value of the BSA and its subsidiaries is approximately $3.7 billion.[16] In March 2021, the BSA and its subsidiaries initially proposed paying approximately $550 million to survivors.[17] This initial proposal was not met kindly. In July 2020, the BSA increased its offer to $850 million.[18] Although this would be the largest settlement for sexual abuse claims, it would only cover 10%-30% of the total claims value.[19]

Under the July 2021 plan, the BSA’s bankruptcy trustee will decide the payouts to individual claimants.[20] The payout decision will be based on “how severe the abuse was, where it occurred and how well the claimants can document it.”[21]

The BSA’s current proposed plan increased to approximately $2.6 billion.[22] In September 2021, the presiding judge over this case, Judge Silverstein, signed an order allowing the BSA’s plan to be voted on by creditors and the sexual abuse victims.[23]

By January 2022, the above-noted plan is at risk of failing to proceed.[24] The BSA’s proposed plan needs 75% support by creditors and victims to pass.[25] However, the plan received 73% support. [26] As a result, the current plan is now in peril of being approved by Judge Silverstein.

Speaking from personal experiences as a former BSA member and achieving the highest rank of Eagle Scout, the BSA should be forced to pay more than the proposed $2.6 billion payouts to survivors. The BSA was founded on principles of character and leadership. Boy Scouts are taught skills ranging from surviving in the wilderness to organizing and implementing community changes. Unfortunately, the decades-long of poor management within the BSA leadership and not properly reporting and policing sexual abuse has led to this mess. This has caused distrust between parents and the BSA. Which, in turn, has resulted in declining membership coupled with massive liability. The BSA’s image is not what it was a decade ago.

To combat their poor market perceptions, the BSA must first increase their payout to survivors. This will help right a wrong that the BSA created in the 20th century. Second, the BSA must restructure its leadership. Third, the BSA’s new leadership must develop and foster relationships within the community to build trust with parents. Finally, the BSA must continue to use these best practices over the years to build back their trust within the community and respect.

Judge Silverstein must reject the BSA’s proposed plan and order for higher damages. The BSA is a billion-dollar organization and has the financial ability to increase their settlement. I predict that Judge Silverstein will reject the BSA’s $2.6 billion proposed settlement in 2022. The BSA will be forced to increase its proposal to over $3 billion. Once the BSA can move on from this ugly chapter in its history, the BSA can move forward with restoring the integrity of the Scouts’ honor.

Derek Brandt is a third-year evening division student at Widener University Delaware Law School. While not attending law school, Derek is a Corporate Paralegal at JPMorgan Chase, supporting attorneys within Auto Finance. Growing up, Derek was a member of the Boy Scouts of America and achieved the highest rank of Eagle Scout in 2011