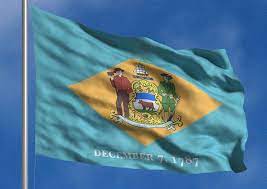 Originally published in March 2022, but then edited and republished for clarity.

Delaware remains the corporate capital of the world. But because Delaware has two separate courts with jurisdiction over corporate matters, corporate interests could be frustrated if those courts fail to work together. It follows that maintaining the partnership between the Delaware Court of Chancery and the Delaware Superior Court’s Complex Commercial Litigation Division (“CCLD”) is salient so that the First State’s historic split between law and equity does not disadvantage its corporate and other business entities.[1]

On the one hand, there is the Court of Chancery, which began in 1792 and is deeply rooted not only in Delaware’s history, but our country’s.[2] It handles “all matters and causes in equity.”[3] There are three ways to satisfy subject matter jurisdiction: (1) if the plaintiff states an equitable claim;[4] (2) if the plaintiff requests equitable relief in which there is no adequate remedy at law;[5] or (3) if conferred by statute.[6] Notably, Section 111 of Delaware’s General Corporation Law allows the Court of Chancery “‘to interpret, apply, enforce or determine the validity of’ various corporate instruments, including certificates of incorporation, by laws, stock purchase agreements, proxies, and merger agreements[].”[7] Therefore, litigation “consists largely of corporate matters, trusts, estates, and other fiduciary matters, disputes involving the purchase and sale of land, questions of title to real estate, and commercial and contractual matters in general.”[8] It routinely handles high-profile cases, e.g., Twitter v. Musk.[9] Normally, cases move at the pace of the litigants, who retain great control over the litigation schedule; however, if there is a proper showing of imminent and irreparable harm, expedited proceedings are preferred.[10] But “[w]hile nationally it is rare for a corporate case such as Twitter v. Musk to proceed so quickly, the Court of Chancery has long enjoyed a reputation for its temporal efficiency.”[11] Lastly, the Court of Chancery does not hold trials with juries; rather, the Chancellor[12] or Vice Chancellor sees the case through to its conclusion.[13] However, pursuant to 10 Del. C. § 369, if there is a case that was originally filed with the Court of Chancery but then an issue of fact needs to be tried by a jury, the Court of Chancery may send it to the Superior Court.[14]

And on the other hand, there is the Superior Court and its CCLD. Although the Superior Court’s prolific history can be traced back to 1669,[15] the CCLD is relatively new; it was launched in May 2010.[16] CCLD handles cases in which: (1) the case involves $1 million or more; (2) an exclusive choice of court agreement exists; or (3) the President Judge[17] designates it for CCLD.[18] That includes disputes involving commercial agreements, insurance coverage, and asset purchase agreements.[19] CCLD does not exist, however, to resolve claims for personal, physical or mental injuries; mortgage foreclosure actions; mechanics’ lien actions; condemnation proceedings; or any case that involves an exclusive choice of court agreement in which a party to the agreement is an individual primarily acting for personal, family, or household purposes or in which the agreement relates to a contract of employment.[20] Although the Superior Court has twenty-one judges across Delaware’s three counties, five of them sit as Panel Judges on the CCLD in New Castle County.[21] Unsurprisingly, the CCLD is also no stranger to high-profile cases, e.g., US Dominion, Inc. v. Fox Corp.[22] And despite the rarity of expedited cases nationally nowadays, CCLD also has special procedures in place that ensure it delivers holdings in an expedited fashion without legal or factual error.[23] Similar to the Court of Chancery, a case remains with the same judge for all purposes through final disposition.[24] However, unlike the Court of Chancery, CCLD can hold trials with juries, but the parties must specify that in their pleadings.[25]

But what happens when there is an overlap between the two courts’ jurisdictions in which the court hearing the dispute cannot provide an adequate remedy? The answer: either court may transfer it pursuant to 10 Del. C. § 1902, which works as a two-way street.[26] For example, if the Court of Chancery transfers the case to the Superior Court to provide a legal remedy, but then it turns out that the case ultimately requires an equitable remedy, the Superior Court can still transfer it back to the Court of Chancery.[27] A seminal case that exemplifies the importance of the complimentary nature of the partnership is Mass Mutual.[28] There, the dispute was over insurance coverage characterized for equitable apportionment of defense costs between two insurance towers.[29] However, the Court of Chancery raised the issue of jurisdiction sua sponte and concluded that the plaintiffs had an adequate remedy at law, not in equity.[30] Because of that, the case was transferred to the Superior Court, its natural home.[31] Despite the CCLD having just been established a couple of months prior, Vice Chancellor Laster foresaw the importance of maintaining the partnership and said that:

In sum, because there are many similarities between the two courts, jurisdiction can sometimes overlap. But no matter which court handles the dispute, corporate litigants can rest assured knowing that it will be done with accuracy and excellence by some of the best jurists in our country. And even though the partnership is relatively new, it is exciting to see how it continues to evolve and contributes to the First State’s already lucrative history.

Austin Robert Niggebrugge is a third-year law student at Widener University Delaware Law School and Journal’s current External Managing Editor. Austin is a first-generation law student and a native Delawarean. He attended Caravel Academy and then the University of Delaware in which he was also a five-year member of the NCAA Division 1 Men’s Baseball Team. He is also a member of the Moot Court Honor Society and Transactional Law Honor Society. This past summer, Austin worked as a summer associate at Marshall Dennehey Warner Coleman & Goggin in its Wilmington office. Austin plans to practice here in Delaware.

*Author’s Note: This blog post does not reflect the views of Widener University Delaware Law School, the Delaware Journal of Corporate Law, or any past, current, or future employer of the Author.  The opinions and errors contained herein unilaterally belong to the Author.

[8] Jurisdiction of the Court of Chancery, supra note 3.

[13] Lester et al., supra note 1, at 3. Cases are assigned to one of the ten members of the Court of Chancery, which includes: one Chancellor, six Vice Chancellors, and three Masters. Notably, DJCL is proud that Master Molina is a DJCL alumnus.  See Judicial Officers, supra note 12.

[17] In 2010, when the CCLD was newly established, there were three judges on the panel: Judge Silverman, Judge Slights, and Judge Jurden. Mass Mutual, 2010 WL 3724745, at *4 n.3. Now, in 2023, native Delawarean Jan R. Jurden is the President Judge of the Delaware Superior Court and has discretion as to how to assign the case to the CCLD.  President Judge Jurden is also the first female President Judge in the Superior Court’s history. See Jessica Masulli Reyes, Jurden Becomes First Female President of Superior Court, Delaware Online (Feb. 16, 2015 6:19 PM),https://www.delawareonline.com/story/news/local/2015/02/16/jurden-becomes-first-female-president-superior-court/23523081/; see also Judges’ Profiles, Delaware courts, https://courts.delaware.gov/superior/aboutus/judges.aspx (last visited Dec. 27, 2022).