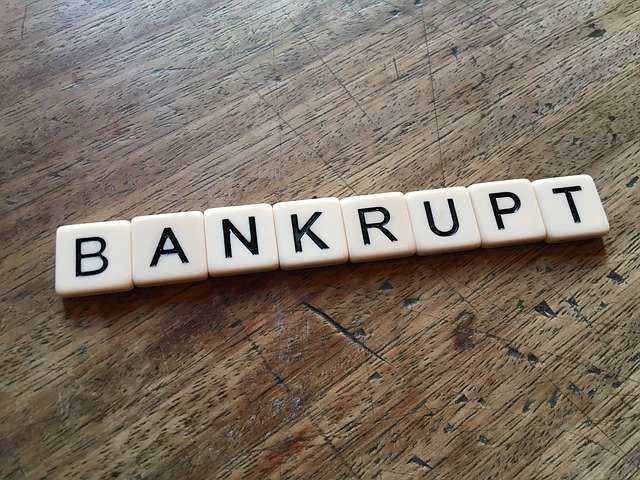 As the 2020 Democratic Party Presidential Primaries begin, a longstanding battle looms amongst two of the frontrunners:  former Vice President Joe Biden and Senator Elizabeth Warren (D-MA).  While Biden, a native of Delaware, promises “a return to normalcy,” Warren has called for “big structural change” to the American economy.[1]  One such “big structural change” that Warren and others have proposed is overhauling the venue restrictions under the Bankruptcy Code.[2]

On January 8, 2018, Senators Warren and John Cornyn (R-TX) introduced the Bankruptcy Venue Reform Act of 2018 (the “Act”).[3]  Currently, under the Bankruptcy Code, a debtor may file for bankruptcy in any district where (1) the debtor’s domicile[4], residence, principal place of business, or principal assets is located, or (2) an affiliate, general partner or partnership of the debtor has a case pending.[5]  A sister provision provides that a court “may transfer a case . . . to a district court for another district, in the interest of justice or for the convenience of the parties.”[6]

More than two-thirds of Fortune 500 companies are registered in Delaware,[7] a state which boasts a world-class bench and bar with exceptional expertise in corporate legal issues including bankruptcy, and an unwavering insistence on civility with the highest ethical and professional standards. Accordingly, “many of the countries’ largest bankruptcies have historically been filed in Delaware. Similarly, because many companies have their principal assets in the Southern District of New York, many large cases have been filed there as well.”[8]  To illustrate, through November 2019, 25.59% of the nearly 6,000 U.S. Chapter 11 cases have filed in either Delaware or New York including 10.44% in the Southern District of New York and 8.78% in Delaware.[9]  The remainder of Chapter 11 filings were scattered amongst jurisdictions throughout the United States.[10]

One of the most significant cases in U.S. bankruptcy history came during the 2001 Chapter 11 bankruptcy filing of the Enron Corporation. Enron, an energy-trading company based in Houston, Texas, filed for Chapter 11 bankruptcy protection in the Southern District of New York against the wishes of then Texas Attorney General, John Cornyn.[11]

Approximately a month after the filing, several creditors requested that the New York court transfer venue to the Southern District of Texas. The creditors argued, among other things, that Houston was closer to Enron’s operations, assets, creditors and witnesses, and that it would be more cost-effective for the case to be adjudicated there. After considering the interests of justice and the convenience of the parties, the court found that the movants had failed to show that a transfer was justified. The court specifically noted that no specific venue was best for all creditors due to the international nature of the cases, and that all parties, including employees (through the creditors committee, representatives, and participation by telephone and electronic communications) would have access to the cases.[12]

It is believed that this prompted Cornyn, with Warren’s help, to author the Act. Interestingly, through November 2019, 11.80% of U.S. Chapter 11 cases have filed in Texas, over 3% more than in Delaware.[13]

The Act asserts that “the wide range of permissible bankruptcy venue options has led to an increase in companies filing for bankruptcy outside of their home States, or the district in which their principal place of business or principal assets are located, a practice known as forum shopping.”[14]  The Act further declares that “bankruptcy forum shopping prevents small businesses, employees, retirees, creditors, and other important stakeholders from fully participating in bankruptcy cases that will have tremendous impacts on their lives, communities, and local economies, and deprives district courts of the United States of the opportunity to contribute to the development of bankruptcy law in their jurisdictions.”[15]  Overall,

[t]he bill would require companies to seek bankruptcy protection where they have their principal assets or their principal executive offices. And it would eliminate the possibility of filing where they are incorporated and restrict their ability to file where an affiliate’s case is pending. The end result? The bill would effectively limit access to popular bankruptcy courts in New York and Delaware.[16]

Delaware Governor John Carney (D) and Delaware’s congressional delegation, U.S. Senators Tom Carper and Chris Coons (both D-Del.) and Representative Lisa Blunt Rochester (D-Del.), along with former Vice President Biden, contend that the Act “would hurt businesses across the country and deal a significant blow to Delaware’s economy, risking thousands of jobs in the legal and business services sectors, as well as industries serving those traveling to Delaware for business.”[17]

Overall, the Act’s assertions are unfounded, and would damage businesses of all sizes and the national and global economy as a whole.  Small stakeholders, such as small businesses, employees, retirees, and creditors, have been increasingly active in bankruptcy cases and are less likely to be disenfranchised.  Their interests are often well-represented by ad hoc and statutory committees that can exert influence over a case.  Technological advances have enabled creditors to become better informed as to the events unfolding in a case.

Professional fees have been more closely monitored by the U.S. trustee’s office, court-appointed fee examiners, and clients alike.  Purportedly higher fees are offset by the cost-efficient administration of complex cases by experienced jurists and professionals that effectuate predictability and post-restructuring survival.

Moreover, despite the vast expertise and experience of Delaware and New York Bankruptcy Judges, debtors have recently been utilizing their broad discretion in venue to find favorable law on key case issues, often away from these jurisdictions.[18]

Currently, the Act would have to be re-introduced because it remained in the Senate Judiciary Committee throughout the remainder of the previous Congress.[19]  With the looming 2020 Presidential election, there is little indication that the Act will gain traction in the Committee, much less see a Senate or House floor vote.  However, the Bankruptcy venue debate, and the larger U.S. economic debate, will undoubtedly continue. About the Author:  Ryan M. Messina is a Certified Public Accountant and a third-year regular division student at Widener University Delaware Law School.  Ryan is an active member of the Moot Court Honor Society, the Transactional Law Honor Society, and the Delaware Journal of Corporate Law, where he serves as External Managing Editor.  During his final year of law school, Ryan is serving as a judicial extern to the Honorable Paul R. Wallace, Delaware Superior Court, Complex Commercial Litigation Division.  Upon graduation, Ryan will work as a Bankruptcy & Restructuring Associate in the Delaware office of Am Law 200 Firm, Robinson+Cole.

[8] Mark A. Salzberg, Bankruptcy Venue Reform: Are The District of Delaware And The Southern District Of New York At Risk?, National Law Review (April 23, 2018), https://www.natlawreview.com/article/bankruptcy-venue-reform-are-district-delaware-and-southern-district-new-york-risk.