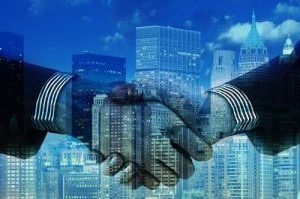 In the story of two health insurance giants, what seems a never-ending tragedy for Anthem Insurance Companies, Inc., continues to unfold.  Following a disastrous trial in 2017, during which Judge Amy Berman Jackson of the U.S. District Court for the District of Columbia (“D.C. District Court”) blocked the proposed $48 billion merger between Anthem and Cigna Corp.1, respectively the second and third largest health insurance providers in the United States behind United Healthcare, it seems as if Anthem’s troubles are just beginning.

After the D.C. District Court blocked the merger between the two providers on antitrust grounds, Cigna, the seller in these merger agreements, announced that it “has exercised its ‘right to terminate’ its pending $54 billion merger with Anthem” seeking damages of at least $13 billion in addition to the $1.85 billion contractual breakup fee.2 Cigna brought this suit in the Delaware Court of Chancery.  In response, Anthem sought a temporary restraining order (“TRO”) enjoining Cigna from terminating the merger as it also filed a motion requesting an expedited appeal to overturn the D.C. District Court’s decision blocking the merger.3

The Court of Chancery granted the TRO request, but the U.S. Court of Appeals for the District of Columbia Circuit (“D.C. Appeals Court”) rejected Anthem’s motion for an expedited appeal, thus affirming the D.C. District Court’s holding.  Anthem then filed its own suit in the Delaware Court of Chancery seeking to “enjoin Cigna from terminating the merger agreement” as the previously granted temporary injunction had ran its course, “and recovery of damages for Cigna’s alleged breaches of the merger agreement.”4Included in the allegations are claims that Cigna attempted to “undermine projections of future savings” in order to help block the merger.5  On February 25, 2019, the two parties appeared before the Court of Chancery in order to settle the multi-billion-dollar dispute, the result of which has not been released at the time of this writing.

While the Anthem-Cigna battle still rages, a new front has opened against Anthem, and this one hits close to home.  On October 30, 2018, Anthem shareholder Henry Bittmann filed a complaint in the Marion Superior Court in Indiana, where Anthem is incorporated.6

Bittmann’s complaint alleges, among other things, that Anthem officials “ignored red flags over antitrust concerns and restrictions it faced from its membership in the Blue Cross Blue Shield Association [“Blues”]” and thus breached its fiduciary duties owed to the shareholders.7 The complaint further alleges that despite what one executive described as “insurmountable barriers,” Anthem pulled the wool over the eyes of the public and made promises to Cigna in order to convince both that this merger was in their benefit.

The complaint states that due to their membership with the Blues, Anthem would be forced either to curb its revenues from the Cigna merger, or rebrand the Cigna line entirely to fit with the Blues regulations.8 Additionally, Anthem’s top executives either knew that proceeding with this merger would “stifle competition” or they were “willfully blind” to the “intended purpose of eliminating Cigna as a competitor.”9 Further, Bittmann contends that Anthem’s Board of Directors (the “Board”) “did not conduct even a minimal investigation as to the risk that the merger would fail regulatory scrutiny for violating the antitrust laws.”10

Anthem marketed this merger to the public as a positive deal which was “spurring innovation while minimizing the risk to regulatory approval”11 in order to sway its shareholders into voting for something that had faced “insurmountable barriers” just a year before.   Furthermore, despite Cigna’s hesitation, Anthem assured the potential seller that they had “many levers” to work around the strict Blues’ rules regarding non-Blues profits.12

In the order denying the merger, Judge Berman Jackson refused to extend the D.C. District Court’s blessing of the merger simply because of the potential discount customers would pay, finding that the plan, as stated by Anthem itself, is not achievable nor would it benefit the consumers as advertised by Anthem.13 Rather, she found that the merger would stifle the market for health insurance providers and cost the consumer more by cutting costs between the provider and the insurer, or that by reducing fees paid to providers, there would be an erosion of the relationship between the insurer and the provider.14

With this information in hand, the case for a derivative shareholder litigation seems likely to succeed.   In Bittmann’s complaint, the allegations of breach of the fiduciary duties relate back to Anthem’s own Articles of Incorporation, which command that directors “discharg[e] [their] duties . . . in good faith, with the care an ordinarily prudent person in a like position would exercise under similar circumstances, and in a manner the Director reasonably believes to be in the best interests of the Corporation[.]”15 The articles further provide that good faith reliance on information provided by officers or counsel is lacking if a “Director has knowledge concerning the matter in question that makes [such] reliance . . . unwarranted.”16

Bittmann claims, and the D.C. District Court agreed, that Anthem’s motive in the merger was not to bolster its shareholder dividends, but rather to remove a competitor from the market.17 The complaint further alleges that the Board is liable for waste of  corporate resources in “entering a merger agreement for the purpose of violating the antitrust laws” and subsequently fighting Cigna in a legal battle concerning  breach of the merger agreement.18

While these complaints against the Board may have merit, the Board has the likely advantage and commonly used defense of the business judgment rule.  The business judgment rule is a standard in which the court will uphold the decisions of a director so long as they are made: “(1) in good faith, (2) with the care that a reasonably prudent person would use, and (3) with the reasonable belief that the director is acting in the best interest of the corporation.”19 Once this standard is invoked, which is highly likely in this situation, courts seldom overturn the presumption that directors made a business judgment and were, unfortunately for the shareholders, wrong.

While the shareholders may claim that the Board knowingly misled the public and Cigna about the merger, that may not be enough on its own to overturn the business judgment rule. Anthem may be able to counter these accusations, especially the accusation that they knew just a year before that this would be an “insurmountable barrier.”   With the announcement of another planned merger between health insurance providers Humana and Aetna (also judicially blocked), the market caught a tailwind, and what may have looked to be an “insurmountable barrier” a year before may look a little more hopeful for a potential buyer in the current market.

Whatever the situation, there are certainly valid arguments to be made by both sides.  On one hand, if shareholders can show that Anthem’s directors intentionally deceived the public in order to get a positive vote, then a successful business judgment rule claim would be hard to imagine.  However, on the other hand, if the Board can show that its decisions were based on a reasonable belief that the markets changed, and as fiduciaries, the directors found the merger was advantageous for the corporation, a court will likely find that the business judgment rule applies and deny the shareholder claims.

As of the writing of this article, the suit is pending in the Marion Superior Court.

This article has been stored for your convenience in our archives at http://www.djcl.org/archives/6860.